Skip to content
For all my attempts to explain Heartspace, it comes down to this: Engagement is a mystery in which everything works how it works, no matter how I try to understand it. 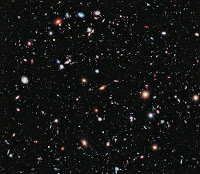 As much as I want to rely on them, engagement is not a process or a pathway. Instead, its a million stars scattered across the night’s sky, pulsating and gyrating to a universal heartbeat I can only dream of. The rhythm is mostly beyond my grasp, while the melodic tune that’s played is felt and never actually heard. The beauty is that everything is engaged right now exactly how it should be, no matter what is happening, right now. And now. And now.

Engagement is not linear, and it doesn’t lead from here to there to there. As a culture, we are fixated on sequence. However, engagement doesn’t necessarily lead toward anything in particular. I am almost wholly incapable of articulating the apparent bookends of engagement in our lives, which are birth and death. I can’t really describe what happened to me accurately at birth, since the experience became nearly imperceptible once I found the words to describe it. I surely won’t be able to explain the feeling of death, because like almost everyone on the planet, this show will be over once it happens.

In between, my life has been devoid of grand resolutions to my engagements. While I like to point to jobs and relationships and moving, in the vast majority of engagements throughout my life there has been no final conclusions, and few great endings. Everything can change in an instant, and without ever expecting it I can be in touch with people I thought lost to the sands of time eons ago. Logical, sequential successions in my engagements are rare as well, as I generally don’t hop from one stepping stone to the next in a clear way. Instead, I wiggle and waggle according to the whims and winds of the moment. I’m not an udder-less boat drifting on an ocean; I am a star among a universe. You are too.

If you’ve walked through your engagements on clear and narrow paths, congratulate yourself on lively conversely to the massive majority of humankind. However, you might want to acknowledge that there is a forcefulness, a personal violence, that is inherent in that way of engaging in the world. It requires constricting the soul and submerging our nature in order for our Ego to reign supreme. Ego, that solemn force of will over our lives, demeans the inherent spirit of all creatures by lording itself over the pieces in the puzzle in order to make a picture. In reality, there is no picture.

Instead, engagement simply is. Everything exists in perfect relationship to everything else, without there being a logic or model hard at work behind what’s going on. The gods aren’t shooting lightning bolts and nature isn’t out to get you.

The opportunity here is to relax into engagement and to relax into life by knowing and being with the things that sustain you, that you feel most connected to. Go where your heart is, love as much as you can, and trust that everything is going to be exactly how it should be. That is the mystery of engagement, and where Heartspace truly is.